We were kinder than many when reviewing Bohemian Rhapsody but it would be fair to say that the Queen biopic has been hit by a generally frosty critical reception.

Audiences, however, seem to love the film, leading to hearty takings being raked in across the world.

The way we see it, the critics aren’t wrong about Bohemian Rhapsody‘s faults but it’s no surprise that audiences have responded with a lot more warmth. Here are ten more examples of so-called ‘mediocre movies’ with reception-transforming soundtracks… 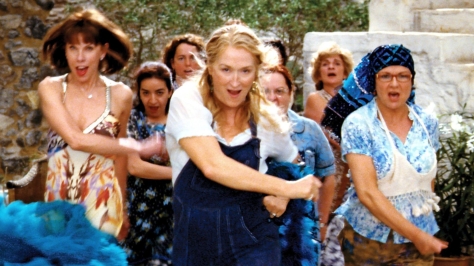 In spite of its risible dialogue and some dire vocals, Mamma Mia! became 2008’s fifth highest grossing film and remains one of the most successful musicals ever made. Why? Because with that soundtrack…my, my, how could we resit it?

F. Scott Fitzgerald’s novel got the Baz Luhrmann treatment in 2013. An academy award winner for its production and costume designs, The Great Gatsby has soaring highs and limp lows. 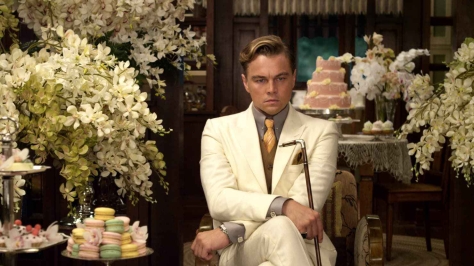 Much of the film’s appeal lies in its contemporary soundtrack, assembled by the same modern ear of Luhrmann’s earlier Romeo + Juliet and Moulin Rouge. Emeli Sandé’s ‘Crazy in Love’ cover is great, whilst Gotye song ‘Hearts a Mess’ proved to be an inspired choice.

This pick on our list might prove controversial for fans but – in our opinion – that’s testament to the success of its musical numbers.

With a hit list including ‘Summer Nights’, ‘Greased Lightnin’ and ‘You’re the One That I Want’, the Grease soundtrack is a pop-rock gem. So good, in fact, that it might well convince you that this story of a hormonal jock and peer-pressured sweetheart is well written.

Only Saturday Night Fever’s soundtrack beat Grease to the top spot as best selling album of the year. Turns out it was the one that we wanted.

Whilst Bradley Cooper – and George Cukor before him – melded music to William A. Wellman’s original A Star Is Born to great effect, in 1976 came a weak effort by Frank Pierson. So why is it a firm favourite for so many?

There’s no denying the power of Barbara Streisand’s leading performance but, at over two hours, this is a drag. What saves the film is its music. Written by Paul Williams and Streisand herself, the headline track – ‘Evergreen’ – is a beauty. Try not to cry.

It’s no wonder that the film’s sole Academy Award was granted for Best Original Song.

It’s not that we don’t like Ghostbusters but…have you watched it recently? For all the pulpy joy of its tone, Ivan Reitman’s film is a little lame. Yes, Bill Murray’s great but what do the rest actually contribute?

The plot’s daft and poor Sigourney Weaver is lost in the chaos of her character’s demonic possession. In. Our. Opinion.

One thing we can all agree on is that Elmer Bernstein nailed the score. Ghostbusters’ soundtrack is packed with energy and lead by that iconic, Oscar nominated, theme tune. All of a sudden, this is karaoke cinema. Who you gunna call?

Ladies and gents this is the entry you’ve waited for (woah, woah, oah, ah!)

Snubbed by critics but loved by fans, The Greatest Showman is one bona fide extravaganza. An all-in performance from Hugh Jackman does much to hide a sloppy story but it’s Benj Pasek and Justin Paul’s catchy tunes that made this a hit. We called it the Barnum biopic the man would have made himself.

Sing-along screenings followed a slow and steady initial release, helping the film to pull in a solid box office total. The soundtrack, meanwhile, reigned over global album charts. Next week, the likes of Pink and Panic and the Disco will release an A-List reimagining. 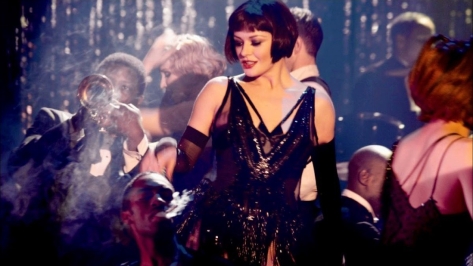 Almost three decades on Broadway helped Fred Ebb’s terrific songs osmose the public consciousness, preparing the ground for a film that was sure to be a success. Spoiler: it was.

Undeniably entertaining that Chicago is, it was an unjust Oscar winner in 2003. For one thing, Marshall films with too much reliance on a stage aesthetic; for another, Bill Condon’s script merely placeholds between razzmatazz numbers. It just goes to show that even the Academy can be swung by the power of music.

Endlessly spoofed, The Bodyguard gave Star Whitney Houston so many best-selling singles that it’s almost hard to believe that the original film wasn’t actually a musical.

Arranged by Alan Silvestri, the soundtrack went on to win three Grammys. The film itself stormed global box offices to end up as the second highest-grosser of 1992.

That’s quite something for a film Rotten Tomatoes name a ‘cheesy, melodramatic potboiler’.

Richard Gere as a wealthy womaniser and Julia Roberts as a hardcore hooker. What’s not to love? Plenty, actually. 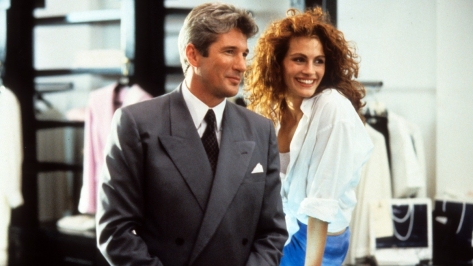 To be fair to Garry Marshall’s film, his cast have ample chemistry and warmth to hammer home some tidy romcom beats and certainly brought in a happy crowd.

It is, however, the pitch perfect soundtrack that really sells Pretty Woman. Aside from the track that gave the film its title, Roxette’s ‘It Must Have Been Love’, Go West’s ‘King of Wishful Thinking’ and ‘Show Me Your Soul’, by the Red Hot Chilli Peppers, were all hits.

Is it any wonder the film inspired a stage musical?

Little more than a cruddy Finding Nemo wannabe, Shark Tale has held a cherished place in many memories ever since its 2004 release. 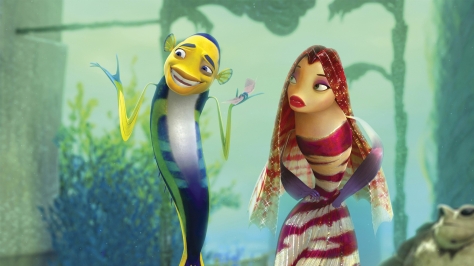 Telling the story of fish called Oscar (Will Smith) whose arrogance leads him to lie about killing a great white shark, the film was a hit for DreamWorks Animation. But it wasn’t the story that brought in big audiences.

Whilst Shark Tale benefits from zippy work by composer Hans Zimmer, its trump card is a a handful of well chosen hip hop hits. Particularly successful is Christina Aguilera and Missy Elliot’s infectious Car Wash remix. Sorry, but that’s going to be in your head for the rest of the day.

What films would you add to our list? Let us know in the comments!

My Tweets
The Movie Nerd Strikes Back
Jude's Film Reviews