Good evening and welcoming to our 2019 BAFTA live blog! Keep refreshing the page as we talk you through the night, live as it happens

21:26 – And as Thelma Schoonmaker accepts her Fellowship from the Duke of Cambridge – ‘You can’t edit sequences like that if they’re not made by a brilliant director’ – we say goodnight. Join us again in two weeks for our Oscar live blog!

21:25 – Does this change the Oscar race? Probably not. Roma will be walking away with Best Picture, Director and Cinematography without question. Wins for Olivia Colman and Rachel Weisz are unlikely to be repeated in America – where Glenn Close and Regina King will triumph – whilst Editing and Original Score remain totally open fields.

21:23 – Which means that’s 7 wins for The Favourite, 4 for Roma, 2 for Bohemian Rhapsody and one for Free Solo, A Star is Born, BlacKkKlansman, Black Panther, Free Solo, Green Book, Spider-Man: Into the Spider-Verse and Vice. Not forgetting awards for short films Roughhouse and 73 Cows, producers Stephen Woolley and Elizabeth Karlsen and new BAFTA fellow Thelma Schoonmaker.

21:15 – All that remains is Thelma Schoonmaker’s BAFTA Fellowship acceptance.

21:15 – The stage is busy with the Roma cast and crew but it’s Netflix that’ll be buzzing tonight. How the cinematic landscape has changed in the past decade.

21:14 – That’s a strong finish for Roma and a major indicator that success will follow suit at the Oscars. What a night!

21:09 – A very nervous Colman thanks everyone and vows to get completely hammered later. She didn’t say hammered but this is a family blog.

21:03 – Nice to see Malek on the receiving end of a hug from Brian May on his way up. The Bryan Singer connection is awkward but they’re rising above it. Malek thanks Dexter Fletcher.

21:00 – Time for Best Actor, presented by Margot Robbie. The BBC broadcast is about to start now. How they manage the delayed screen boggles the mind.

20:51 – Great news for Cuarón and team. That makes Roma a two-time BAFTA winner. The night is yet middle-aged. Only five more to go.

20:49 – Interesting. Does this mean Roma hasn’t won Best Film? In which case, The Favourite has it. Or are BAFTA going for a Roma double?

20:46 – Film Not in the English Language now, presented by Sophie Okonedo and Thandie Newton. Sticking with Black Panther, it’s a worthy winner and congratulations are due to the thousands of VFX technicians that brought it to life.

20:46 – We LOVED Black Panther but that feels cursory to us. More of a nod to the film than its effects above and beyond its competitors. We’ll take it.

20:42 – We’ve not posted many pictures tonight so far. Here’s Sir Ian McKellen twinkling in All is True… 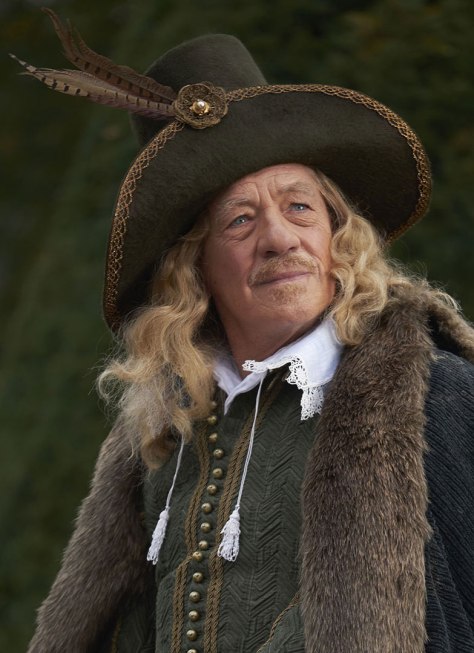 20:38 – Riz Ahmed and Rachel Brosnahan are presenting the next award. Outstanding Debut by a British Writer, Director, or Producer goes to…

20:36 – Penny Marshall, Stan Lee and Burt Reynolds are all in there, alongside Nicolas Roeg and, most recently, Albert Finney. RIP.

20:33 – Now, BAFTA remembers all those film has lost in the past year. The most devastating but important part of the night.

20:32 – Cuarón’s first award of the night bu not necessarily his last…

20:30 – Cinematography time. Will Poulter and Michelle Yeoh on to present to…The Favourite?

20:24 – Here’s a reminder of why we loved Lanthimos’ The Favourite.

20:20 – Elizabeth Debicki and Michelle Rodriguez arrive next to deliver Original Screenplay. They were both delightful in Widows.

20:19 – Didn’t see that coming! Hard luck Mary Poppins but well done Cooper and co. I hope the Grammys were worth missing this for Gaga.

20:11 – Wright: ‘A few years ago I saw myself in a deep depression and I wanted to quit acting. The only thing that pulled me out of that was God, my belief, my family, and an email from BAFTA telling me they wanted me to be a part of BAFTA Breakthrough Brits and it inspired me to keep going.’

20:07 – The public have voted for the next award. It’s the BAFTA Rising Star and Regina King and Luke Evans are presenting.

20:06 – Weisz thanks her co-stars and director, saying they all had ‘the most glorious time’.

20:06 – This is turning into a Favourite domination. Don’t expect the same at the Oscars, though. BAFTA loves a British film.

19:56: Among the films Woolley and Karlsen have brought to cinemas are: this year’s Colette, The Limehouse Golem and Their Finest. Can’t say fairer than that.

19:54 – Bill Nighy is now on and presenting an Outstanding Contribution to British Cinema award to Stephen Woolley and Elizabeth Karlsen. This was pre-announced.

19:50 – The BAFTA voters clearly didn’t think she looked like a badger. No joy for Mary Queen of Scots.

19:40 – Yes, the Dexter Fletcher Queen biopic is now officially a BAFTA winner. They are the champions.

19:39 – Henry Golding and Eleanor Tomlinson next present Best Sound to…

19:34 – There’s been a Brexit reference. DRINK. Roughhouse was an Anglo-French co-production. ‘We need Europe more than ever’ says director Jonathan Hodgson’.

19:33 – We watched and reviewed all of the BAFTA short films this year and Roughhouse was – we can confirm – outstanding. Read our review here.

19:30 – Does this harm Roma‘s chances for the top prize. Possibly, actually.

19:28 – Collins and Kurylenko have stuck around for Best Production Design

19:26 – Our spidey sense had always suspect that one. A great result

19:24 – A gracious speech by Lanthimos is followed by Lily Collins and Olga Kurylenko coming out to present Best Animated Film to…

19:20 – And Melissa McCarthy presents the award for Outstanding British Film to…

19:19 – A lot of talk about that Lumley’s BlacKkKlansman joke flopped badly. See for yourself at 9pm.

19:18 – What a master stroke to have called it The Favourite, next year there’ll be a film called, ‘And The BAFTA Goes To’

19:17 – Some lovely ribaldry from Lumley: ‘Thank goodness BAFTA has a host, though I suspect that has to do with the fact that I’m not on Twitter’

18:57 – There are, of course, royals in attendance tonight. Will and Kate are in the house. Here’s hoping they’ve hired Mary Poppins as nanny.

18:49 – Can the BAFTAs be used to predict the Oscars? Only once in the past five years have the two ceremonies agreed on the Best Film/Picture but it’s a near even split when that’s widened across the past 19 years.

18:10 – No Lady Gaga though, she’s at the Grammys. A pity but a fair call, A Star is Born is probably coming away from tonight empty handed.

18:02 – Jessie Buckley says she’s ‘humbled’ and ‘in awe’ to be nominated for Best Rising Star. Find out about Jessie and the other nominees here

18:00 – Lots of very dapper fellows on the red carpet tonight.

17:25 – It’s a big night for the entertainment industry. We’re all about the BAFTAs though.

This is the 9th time in the last 50 years that the #Grammys and #BAFTA Awards have taken place on the same day. All 9 of those overlaps have occurred since 2003.

17:21 – In the meantime, do take a look at our predictions for tonight’s award winners.

17:14 – We’ll be blogging solidly tonight so get your odd jobs done, prepare yourself for the working week and join us.

17:11 – The ceremony itself kicks off at 7pm, with BBC One broadcasting from 9pm. We’ll be blogging along with the live results so beware spoilers if you’re tuning in on the Beeb.