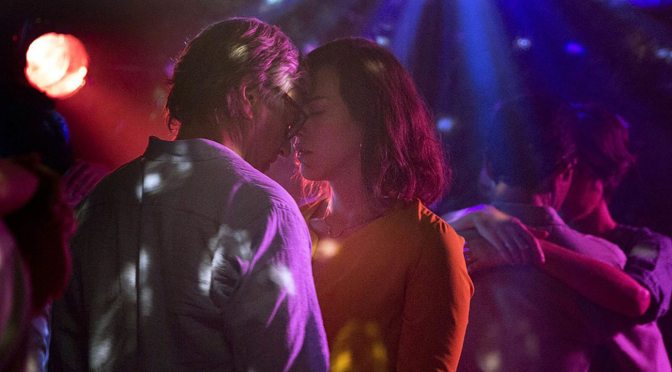 By default of its plot, Sebastián Lelio’s Chilean Oscar winner, A Fantastic Woman, challenges the mind and engages the heart. It is a dream-like film that sees darkness soaked in light and realism bathed in magic and is utterly compelling.

The empathetic soul of Lelio’s film is the director’s muse Daniela Vega, playing Marina, a woman subjected to constant physical and emotional exclusion, whose life unravels with the death of her older lover Orlando (Francisco Reyes) and the vulturous swooping of his odiously judgemental family. ‘I don’t understand what you are’ says Orlando’s son, mere moments after asserting that he is a lover of mammals and is thus abundant in empathy. This is a societal set up where Orlando’s ex-wife Sonia (Aline Küppenheim) has more rights than his lover in assuming control of his home and wake, whilst offering Marina money in a bid to prostitute their relationship so she can understand it. ‘When I look at you,’ says Sonia, ‘I don’t know what I’m Iooking at.’

Marina’s fall from paradise makes for tough viewing. When we first meet her, following a transfixing opening sequence, it is her Birthday and the world is her fiesta, with Orlando gifting his lover tickets to visit the Iguazu waterfalls, wining her, dining her, and taking her to dance amid a rainbow of beautiful cinematography. Except this is no romance and telltale signs of coming trauma are tangible in the bliss. This is a film that calls for repeat viewings so as to allow maximum absorption of Lelio’s foreboding symbols; sure enough, it is not long before Marina is rushing Orlando to hospital, where he will die from an aneurysm.

Instantly, Marina is a suspect, mistrusted and excluded, physically by doctors and Orlando’s family alike. What is it they object to? Marina is transgender, her physical and social journey lagging behind her mental and emotional one. Surrounded by a cruel world that simply cannot allow themselves to accept her, she is a fractured soul and throughout the film must bear insults and assaults. Only Orlando truly appreciated her beauty.

Most films dealing with such plots as these would mirror thematic distress with cinematic tension but A Fantastic Woman is all the more remarkable for combining its realism with a surreality and magical qualities, reflected in scenes of fantasy and through a delightful score by Nani García and Matthew Herbert. Flutes, harps and strings balance with electronic notes and offer vital uplifts to upsetting instances of silence.

For a work of such intense power, Lelio’s film succeeds in telling its tale with subtlety and absolute grace. Vega is the embodiment of this, almost always on screen, leading our perspective and earning our love. She is not an angel and yet neither is she prepared to be victim or villain. Marina is a human being who chooses her own identity and will not let grief hold her down, as is epitomised late in the film by a beautifully constructed shot in which a mirror is placed perfectly to capture that gender does not define who you are.

It is worth noting the team that has helped Lelio assemble his masterpiece, for it is an ensemble of peaks in contemporary international cinema. Compatriot filmmaker Pablo Larraín (Neruda, Jackie) is among a production crew that includes Jonathan King, Jeff Skoll and Toni Erdmann director Marin Ade. The work of French cinematographer Benjamín Echazarreta is, meanwhile, worth following.

Gorgeous, heartfelt and intrinsically pertinent, A Fantastic Woman is a fantastical experience that trickles through time in such a way that 104 minutes have rarely felt shorter. It is a quietly unassuming, beautiful, magical and thoroughly human study of character.

3 thoughts on “A Fantastic Woman | Review”