On paper, the plot of Marc Webb’s Gifted reads as being somewhat saccharine, clichéd and kind of generic. It’s the story of a bachelor, Frank (Chris Evans, sans lycra for once), bringing up the precociously ‘gifted’ Mary (Mckenna Grace). She’s the daughter of his similarly progenic sister, whose life of pressured genius led to her suicide some six years earlier.

When Mary’s school teacher, Miss Stevenson (comic, Jenny Slate), discovers the girl’s intellectual brilliance and spreads the word, it is not long before her Grandmother (Lindsey Duncan) appears on the scene, demanding custody and promising a future of elite education leading to greatness. A court case ensues, with Frank fighting for the right to give Mary the right to the life he claims his sister wanted for her: ‘Just dumb her down into a decent human being’. Sounds rough, but he means well.

END_OF_DOCUMENT_TOKEN_TO_BE_REPLACED

Studio Ghibli, that powerhouse of Japanese animation, stirred panic among certain cineastes back in 2014 when they announced that When Marnie Was Here would mark a temporary hiatus in production to coincide with the retirement of co-founder Hayao Miyazaki. Three years on, Miyazaki has thankfully resumed his position to direct one more feature – hoorah! In the meantime, to whet our appetites, Michaël Dudok de Wit’s The Red Turtle marks a excitingly potent co-production between Ghibli and European distributor Wild Bunch.

END_OF_DOCUMENT_TOKEN_TO_BE_REPLACED

Of the five films to gain nomination in the category of Best Animated Feature in February’s Academy Awards, one only just gaining its UK release this week is Swiss-director Claude Barras’ My Life as a Courgette. An utterly delightful stop motion animation, with an older audience in mind, this is a micro-feature of mesmeric perfection. I left charmed, heartbroken and thoroughly alive.

END_OF_DOCUMENT_TOKEN_TO_BE_REPLACED

As premiere features go, erstwhile short film-maker Hope Dickson Leach’s The Levelling marks a startlingly good debut for the first time full-length film director. Perfectly framed, and shot with masterful panache, this is a work charged with emotion, understatement and an awareness for its cinematic predecessors.

END_OF_DOCUMENT_TOKEN_TO_BE_REPLACED

The film that lures Goldie Hawn, last seen with Susan Sarandon in 2002’s maligned The Bangor Sisters, back to the limelight ought to be a special one. Likewise, the new feature starring Amy Schumer, a comic surprisingly divisive based on her most recent turn in Judd Apatow’s terrific Trainwreck, should easily be a hoot. Jonathan Levine’s Snatched, penned by The Heat and Ghostbusters writer Katie Dippold, is however neither special nor, more’s the pity, anywhere near to being a hoot. That the talent’s on board is without a doubt; it’s just hard not to expect so much better and want for so much more.

END_OF_DOCUMENT_TOKEN_TO_BE_REPLACED

When the grieving fiancé (Paula Beer) of a German First World War casualty visits her beloved’s grave in 1919, the sight of a veteran French survivor (Pierre Niney) laying flowers upon it is the last thing she might expect but the first which she meets. Inspired by Ernst Lubitsch’s 1932 film Broken Lullaby, itself based on Maurice Rostand’s ‘L’homme due j’ai tué’ play of two years earlier, such is the set up to François Ozon’s César award-winning Frantz, a heartbreaking tale of love, loss and lies, intertwined with intrigue.

END_OF_DOCUMENT_TOKEN_TO_BE_REPLACED

There are a great number of cruelly self-destructive lines in Alien: Covenant. ‘This is a monumental risk not worth taking’ says one character; ‘How did she end up here’ says another. Whereas Prometheus felt like an unnecessary, but successfully atmospheric, origins story to Ridley Scott’s 1979 Alien, the problem with its first sequel is that it adds to the pointlessness only derivation and oddities. The visuals are still impressive, as is Michael Fassbender (the only returner from before) but here is a plot so messy that such a degree of scrutiny is required – to simply fathom what’s going on – that exposed is the plain fact that none of it actually makes any sense.

END_OF_DOCUMENT_TOKEN_TO_BE_REPLACED 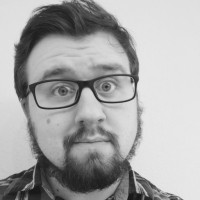