As fans of Stephen King’s classic novel ‘It’ well know, the new film only tells half of the story; but who could play Bill, Richie, Bev, Eddie, Ben, Stan and Mike twenty-seven years later? Here’s The Film Blog picks…

Whereas the Tommy Lee Wallace 1990 miniseries sought to pack the entirety of Stephen King’s mighty ‘It’ into one three-hour epic, the latest film outing – from Andrés Muschietti  – has wisely (both practically and commercially) cut the story in half.

In the novel, a ‘present day’ setting is intercut with flashbacks to 27 years earlier. In the new film, the ‘present day’ is left for Chapter 2.

But who could play the characters in their forties? This septet looks pretty good to us… 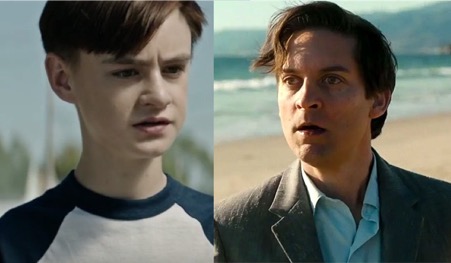 Jaeden Lieberher nailed…um…It as Bill, so needs a decent following act. Tobey Maguire. Not only does the Spider-Man and Great Gatsby star look like Lieberher, he can totally do awkward, sweet and stuttering at the same time.

They have the same haircut too as it goes.

Sophia Lillis was perfect as a young Bev so deserves the mantle to be passed on to the superior talents of Amy Adams. The likeness is uncanny – and therefore is perfect for a horror sequel! Plus, Adams is fabulously versatile. This is the woman who last year gave is Oscar-worthy (ahem) turns in both Nocturnal Animals and Arrival! 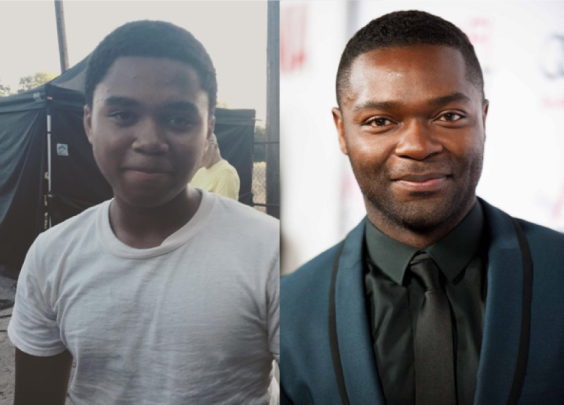 Mike has a bigger role in the story as an adult than was gifted Chosen Jacobs in Chapter 1 so who better to take on the heavier material than the brilliant David Oyelowo. He’s British, true, but his award-winning turn as Martin Luther King Jr. in Selma has proved him more than capable of tackling accents.

In the book, the twenty-seven years fair rather well for Ben’s musculature; essentially: he buffs up. A look-a-like for Jeremy Ray Taylor who happens to know a bit about that himself…Chris Pratt. Maybe he’s too busy now he’s all Hollywood but this has potential.

Plus, they’ve both nailed the ‘cool’ pose.

Jack Dylan Grazer was a joy as hypochondriac Eddie, perfectly combining anxiety and comedy. Not only does Bill Hader look the part, he did exactly that too in Pixar’s Inside Out as Fear. Case closed.

Brought to life admirably by Wyatt Oleff in Chapter 1, an actor who can handle pent-up internal grief to transfer the tragically affected character into his forties. Step forward Edward Norton. It must be said, it’d be quite a small turn for the star but very much meaty enough.

Richie’s the wise-cracker of the gang, a role aced by Stranger Things‘ Finn Wolfhard. Whilst there are plenty who can get away with that, wouldn’t it be fun to see Zach Galifianakis trying something a little different? He’s certainly an comic who can work hidden insecurities behind the cockiness. I mean, he actually made us feel quite emotional in The Lego Batman Movie earlier this year.

What do you think? Who would you pick?

Read The Film Blog review of It here!

5 thoughts on “Who could play the It kids in Chapter 2?”