‘Unfortunately this is it.’ So said Simon Bird at the premiere of The Inbetweeners 2, seemingly marking the end of an era for the crude antics of the boys from North-West London.

From 2008 to 2014, Bird, Joe Thomas, James Buckley and Blake Harrison leant their talents to the roles of Will, Simon, Jay and Neil – aka ‘the inbetweeners’ – for three television series and two hit films, all under the gleeful eyes of series-creators Iain Morris and Damon Beesley.

Coinciding with the series – which exploited the grim realties of British state school adolescence for smutty humour – reaching its tenth anniversary, Morris and Beesley have teamed up with Thomas for a new project, albeit one not a million miles from The Inbetweeners in tone.

In The Festival, the thirty-four year old Thomas plays a new graduate whose best mate whisks him off to a music festival after he is unceremoniously dumped on graduation day.

It’s hard not to think of Will, Jay, Neil and particularly Simon when watching the gross-out highs and lows of The Festival, which got us thinking…what did the original stars do next? 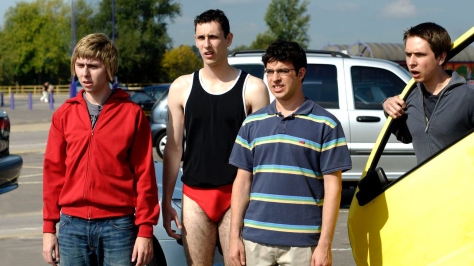 It’s not all rude comedy y’know.

Simon Bird (aka Will McKenzie)

It was through Will that audiences were introduced to The Inbetweeners and since then Simon Bird has acquainted us with many more.

Soon after the series finished, Bird teamed up with co-star Thomas – along with the latter’s fellow Pembroke graduate and Footlights alumni Jonny Sweet – to create Chickens, a Channel 4 comedy pilot that was later picked up for a series by Sky.

Bird has also made appearances in Drunk History: UK but is probably best known for his role as Adam Goodman in Friday Night Dinner.

A series of trainline adverts pepper his CV, as does the film You, Me and Him and last year’s West End reboot of Christopher Hampton’s play The Philanthropist.

Bird is currently working on his directorial debut – Days of Bagnold – which is to be backed by Creative England and the British Film Institute. Off-screen, Bird is father to a daughter.

Even before The Inbetweeners had come to an end, Joe Thomas was picking up prominent television roles.

Between 2011 and 2016, Thomas was among the principle cast of Channel 4’s Fresh Meat. Thomas played Kingsley in the series, one of a group of students attending Manchester University; his was a character not so dissimilar to everyman Simon.

After his and Bird’s Chickens failed to win a second series, Thomas went on to play roles in Scottish Mussel and The Darkest Universe – the latter from BAFTA-nominated directors Will Sharpe and Tom Kingsley.

Last year, Thomas bucked the trend of Simon and Kingsley’s poor love lives when he became engaged to Inbetweeners co-star Hannah Tointon. The pair’s on-screen relationship was a ‘tactical’ disaster, making their off-screen relationship all the more perfect.

On television, Buckley has made appearances in David Walliams’ The Boy in the Dress, Zapped, Impractical Jokers and Red Dwarf, whilst, later this year, you can catch him in new NBC comedy I Feel Bad with Sarayu Blue, Paul Adelstein and Aisling Bea.

Buckley’s film roles, meanwhile, have been in The Pyramid, Popstar: Never Stop Never Stopping and The Comedian’s Guide to Survival.

When not acting, Buckley is most commonly found in adverts for the likes of Orange, Game and Hastings Direct, or online, where he publishes on his own gaming channel: Completed it Mate.

At 6ft 1, Blake Harrison towered over his Inbetweeners co-stars and has maintained a similarly unmissable stature on British screens in the years since. 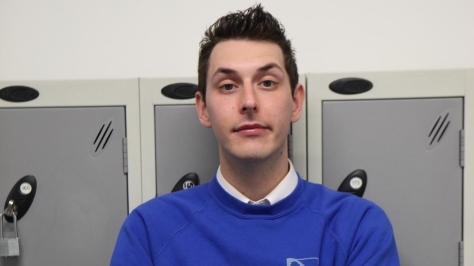 The actor has had more success, however, on television, with roles in everything from Prime Suspect 1973 and Trust Me to Houdini and Doyle to this years terrific A Very English Scandal, with Hugh Grant.

Younger viewers – who, it can only be hoped, have never heard of The Inbetweeners – will recognise Harrison’s voice from his ongoing role as Scoop in Bob the Builder.