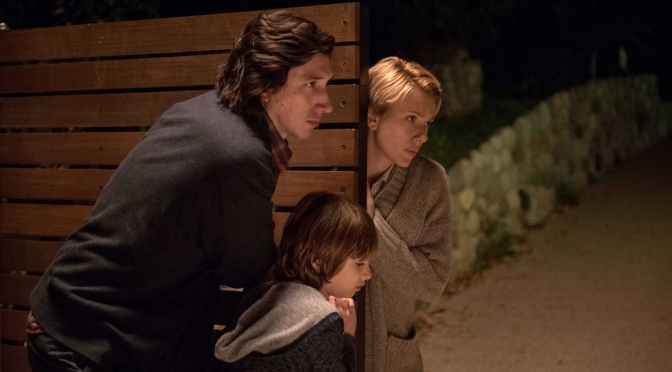 Unlike the titular nuptials, Marriage Story launches well and scarcely drops the ball. The performances are unanimously immaculate, bolstered by thoughtful and well-mannered direction from Noah Baumbach, who writes too, in his second Netflix gem. As with The Meyerowitz Stories before it, Marriage Story unreels its tale of kindly woe on the delicately handled juxtaposition of tenderest bitterness. Baumbach’s honesty in this warts and all exploration of contemporary divorce proceedings is commendable, fuelled, as it is, by personal experience as boy and adult; as third and first party.

Given Baumbach’s own history of separation – his split with actor Jennifer Jason Leigh reached finalisation only in 2013, after three years of settlement – it is perhaps surprisingly just how far his script leans in gifting narrative sympathy to his leading lady: Scarlett Johansson’s Nicole. She’s a one time film star, best known for flashing the camera, who sacrificed a career in Hollywood to join the New York theatre troupe of Charlie Barber (Adam Driver). Years down the line, the pair are married and devoted parents to Henry (Azhy Robertson), but there are splinters. In spite of a beautifully choreographed opening, overlaid with narratorial proclamations of love by each lead, this marriage story is coming to an end. Only, it isn’t really. As Baumbach frames it, divorce evolves the relationship of man and wife, rather than closes it entirely. The closeness of a couple who, in their prime, found intimate union with each other, as no other could claim of either, transcends the swift scrawl of a signature on that legally binding separator.

The problems were always there. So says Nicole, as she and Charlie face mediation; a naive attempt at amicability, early in the process. As his pedigree and reputation grew, hers declined, compounded by his inability to recognise and respect the validity of her feelings. There is a scene later in the film where repressed outrage erupts from the otherwise pacifying Nicole and Charlie’s denial in the face of it is successfully deployed to nail the coffin. In execution, the scene is very nearly a touch too theatrical for its own good; too heightened and too great an opportunity for two actors at their peak to shine. And yet, it is a credit to Johansson and Driver that the battle still feels entirely earned and, perhaps even, plausible. Johansson’s best work? Certainly. As for Driver: second only to Paterson. In their hands, these are dirty relationships, with love and loathing divisible only in the passage of time.

Said melee is also the only instance in the film in which Baumbach’s writing ever fails to ache with absolute integrity. Layers of honesty blend into one another, via a script bleeding heart break and betrayal. In contrast to the steely conviction of the lawyer (Laura Dern, on exquisitely venomous form) Nicole hires to see out the case – ‘This system rewards ugly behavior’ – her relationship with Charlie is far from black and white. Indeed, bursts of intimacy sporadically expose cracks in their dour resolution. There are familial complexities too. Nicole’s family, neatly encapsulated in a joyous, ditsy turn by Julie Hagerty, adore Charlie. While it’s all too easy to quickly take Nicole’s side, in the face of Charlie’s controlling tendencies, what if we’re too quick to judge? Certainly, it doesn’t feel all that outlandish for Charlie to question Nicole’s insistence that the family are LA based. On the other hand, perhaps our sympathy for Charlie expounds screen contexts and rests on the respect to be afforded a director laying out his personal faults quite so humbly. Marriage Story sings with the messy complications of it all.

Not unexpectedly, coming from the man behind While We’re Young and The Squid and the Whale, Marriage Story is a triumph on whispering terms. This is an actor’s film and ticks every box as an exercise in channelling a mirror of subtlest reality. It’s perfectly cast, beautifully scored – by Randy Newman no less – and a visual box of delights. Baumbach’s script sings a song that is funny but sad, tender but bitter. Much like life. It’s honest that way.

One thought on “Marriage Story | Review”