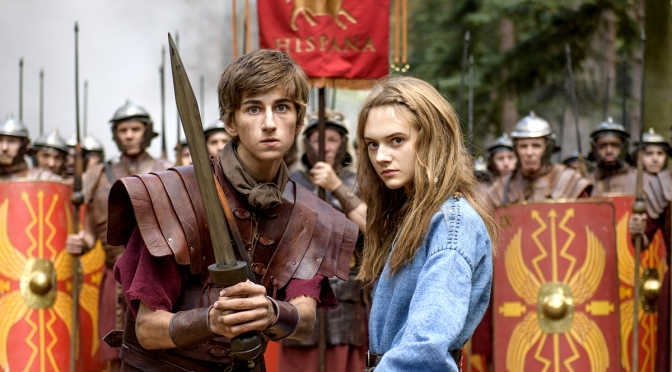 The leap from school textbook alternative to all-star, big screen bonanza is about as impressive as they come in the world of non-fiction. Dating back to the nineties, Terry Deary’s Horrible Histories books have spawned magazines, plays, proms, video games, theme parks and two BAFTA winning television series to gain renown as a British institution. It’s an empire even the Romans would be proud of – thus making said ancient civilisation an apt starting point for the franchise’s new cinematic lease of life. Whilst Rotten Romans does little to convince that narrative structure is the future of the franchise, its winning cast and good nature carrying things through. More laughs would have been welcome all the same.

END_OF_DOCUMENT_TOKEN_TO_BE_REPLACED

While we’re loath to suggest anyone should lock their children in a dark, quiet room everyday for the entirety of the Summer holidays, a trip to the cinema could well save parents from some very long afternoons.

With this in mind, we’ve compiled a list of six upcoming films to keep the kids busy during the Summer holidays.

For an hour and a half at least.