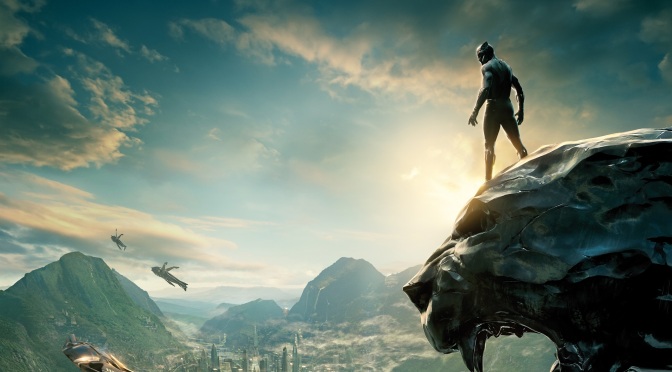 Black Panther is the eighteenth film of the Marvel Cinematic Universe, a franchise this year celebrating its tenth anniversary. The film – which sees Chadwick Boseman play T’Challa, the titular melanistic big cat – is one of three Marvel blockbusters out in 2018, taking the total to twenty. That’s more films than Quentin Tarantino has produced in his entire career to date.

If superhero spectaculars were once a novelty, it is not so now. Though audiences still flock to cinemas to catch each and every instalment, there’s a fatigue to the ever-growing list. Change is, however, afoot at the Marvel Studios. Whilst this year’s Avengers: Infinity War is, superficially, the top story of the year – marking the end of a decade of build-up, with suggestions that many of the cast will be hanging up their capes – the release of Black Panther beckons more profound – and long overdue – shifts.

Not one of the past seventeen Marvel films has been solely fronted by a non-white, male character. Scarlet Johansson has been around since 2010’s Iron Man 2 but has always played second fiddle to the likes of Robert Downey Jr., Chris Evans and Chris Hemsworth, each of whom have been gifted trilogies. Likewise, it was not until Iron Man 3 that Don Cheadle took on the mantle of War Machine, becoming the only black ‘super’ of the team. Black and very much in the background. Elizabeth Olsen and Anthony Mackie present more recent ‘diversifications’ but the message, thus far, is clear: world-saving is a Caucasian preserve that, typically, requires testicles. 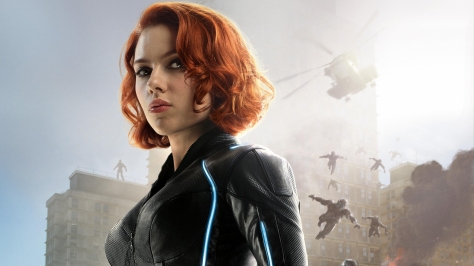 No longer. Directed by Ryan Coogler, Black Panther marks a turning point not just for Marvel but indeed for blockbuster cinema. Not since the Blade trilogy (twenty years ago) has a non-white superhero held the spotlight, whilst fewer than 40 films by black filmmakers have ever grossed over $100m worldwide. Coogler’s last film, Creed, is among them.

The rise of a so-called ‘cinema of colour’ is, in many ways, at fever pitch. The victory of Barry Jenkins’ Moonlight at last year’s Oscars kicked of twelve months that would see the likes of Hidden Figures, Get Out and Girls Trip smash the box office. Along with Black Panther, Ava DuVernay’s A Wrinkle in Time is among those hoping to do the same in 2018. 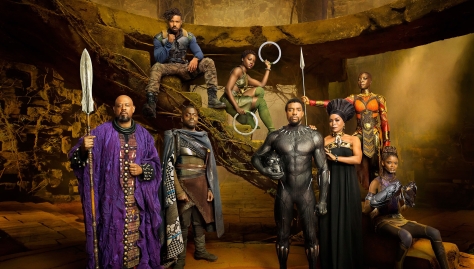 It is important not to see this balancing of Hollywood – which has a long way to go yet – as merely box ticking and self-congratulatory. White, male lefties are not the beneficiaries here; these are films that have the potential to revolutionise the under-represented and empower future generations. You only have to look to the release of Black Panther to see this, with the film having made dramatic cultural waves prior even to its release. Last month, Frederick Joseph – a New Yorker – launched a GoFundMe campaign, which he hoped would raise money enough to help disadvantaged children of colour in Harlem’s Boys & Girls Club to see the film.

Terming Black Panther ‘a rare opportunity,’ Joseph said: ‘This representation is truly fundamental for young people, especially those who are often underserved, unprivileged, and marginalised both nationally and globally.’

The campaign has, in the short time since, developed into something of a phenomenon. Not only has Joseph’s fundraiser exceeded its goal but over a hundred further campaigns have been initiated, with celebrities like Snoop Dogg and Viola Davis getting on board. Oscar and BAFTA winning actress Octavia Spencer (this year nominated for her role in Guillermo del Toro’s fabulous The Shape of Water) has even forked out to rent a cinema in Mississippi for a local community screening.

Black Panther looks set to be a box office hit too, with reports suggesting that the film has outsold every superhero film ever in ticket pre-sales. The effect is being compared to the barnstorming success of Patty Jenkins’ Wonder Woman last year, which took an impressive $822m worldwide to become the highest-earning film with a female director in cinematic history. 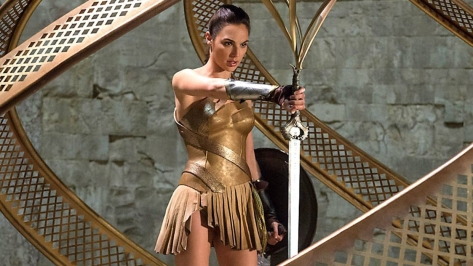 That franchise, fronted by Gal Gadot, is a DC property however. Whilst Ant-Man and the Wasp will see Evangeline Lily rise to equal footing with Paul Rudd (although almost certainly for a lower paycheque) this Summer, Marvel will not be putting a female superhero front and centre until next year’s Captain Marvel, starring Brie Larson.

Dispiritingly, it is worth noting that there is still a long way to go when it comes to parity in blockbusters. Yet, if Black Panther proves to be the success story it deserves, progress is certainly on the horizon of Wakanda.