We love our animated films here at The Film Blog and 2019 looks set to be a great one for the medium.

Without further ado, here are fifteen coming to a cinema near you in the next twelve months…

How to Train Your Dragon: The Hidden World

The third and final of the How to Train Your Dragon franchise finds Hiccup (Jay Baruchel) threatened in his new role as the chief of Berk by a new danger. Expect more stunning animation and fulfilling storytelling from returnee director Dean DeBlois.

The Lego Movie 2: The Second Part

Whilst it wasn’t a surprise that The Lego Movie made money in 2014, who could have predicted how warmly the Phil Lord and Christopher Miller film would be accepted by critics? Set five years after the first film, this sequel sees Emmet Brickowski (Chris Pratt) launch into space to rescue his friends. Tiffany Haddish joins as shape-shifting alien Queen Watevra Wa-Nabi.

Farmageddon: A Shaun the Sheep Movie

A sequel to 2015’s delightful Shaun the Sheep Movie – itself a Wallace and Gromit spin-off – Farmageddon takes us back to Mossy Bottom Farm, where a sinister alien invasion stirs big trouble for Shaun and the gang.

The latest from stop-motion giants Laika. Hugh Jackman voices Sir Lionel Frost, a myths and monsters investigator who embarks on an adventure to prove the existence of a legendary creature, known only as Mr. Link. Over 110 sets were constructed for the film.

From David Feiss, a storyboard artist for Hotel Transylvania 3, this American-Spanish animation tells the story of a girl who must team up with talking animals – in the UK voiced by the likes of Tom Baker and Joe Sugg – to save a fantastical amusement park from Chimpanzombies. A Nickelodeon television spin-off has already been commissioned.

The Secret Life of Pets 2

Chris Renaud continues to explore the secret lives of Max and company in a brand new story. Patton Oswalt has replaced Louis C.K as the voice of Jack Russell Terrier Max, whilst Tiffany Haddish – again – joins as a Shih Tzu called Sonya.

It would be fair to say that fans are a touch apprehensive when it comes to Josh Cooley’s fourth entry into the Toy Story franchise. With Pixar promising a break from the original trilogy, albeit with the same cast, this one should be good but can it be as good as before

Anya Taylor-Joy, Gabriel Bateman and Daniel Radcliffe feature in this European wannabe Lego Movie. Based on the popular German building toy of the title, the film sees a young woman dive head first into the vast world of Playmobil to find her lost brother.

Another popular children’s toy gets the big screen treatment, this time courtesy of Gnomeo & Juliet director Kelly Ashbury. Here, a group of UglyDolls will confront what it means to be different when tested by Nick Jonas’ perfect doll trainer. With Kelly Clarkson and Gabriel Iglesias.

Will Smith and Tom Holland voice a dream-team odd couple in Nick Bruno and Troy Quane’s new spy animation for Blue Sky Studios. Smith is Lance Sterling, the world’s most awesome spy, whilst Holland is his socially inept gadget man. 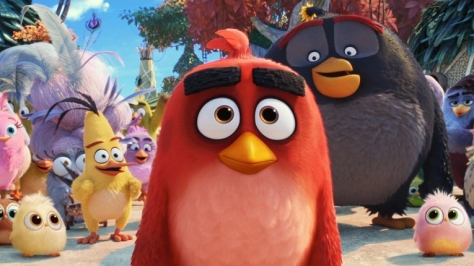 Jason Sudeikis returns to the part of temperamental outcast Red for this Angry Birds sequel from debutant director Thurop Van Orman. Little is yet known about the plot but Leslie Jones and Awkwafina will both play new characters. Who knew an app could have so much mileage?

Originally titled Everest, this US-Chinese co-produced animation follows a group of misfits who encounter a young Yeti whilst trekking the 3000 mile journey from Shanghai to the Himalayan snowscapes. With Chloe Bennet as Yi.

They’re creepy and they’re kooky and now they’re back in 2D…The Addams Family! Oscar Isaac, Charlize Theron and Bette Midler have leant their voices to this latest take on Charles Addams’ beloved comics. Allison Janney voices a greedy reality TV host who cause trouble for the family.

Jackie Chan stars alongside Crazy Rich Asians star Constance Wu in Chris Appelhans’ animated genie-in-a-bottle tale with a twist. The concept art coming from the Chinese production house is splendid but we’ve no release date yet.

What are you most looking forward to in 2019? Let us know in the comments!

One thought on “The 15 Biggest Animations Coming in 2019”