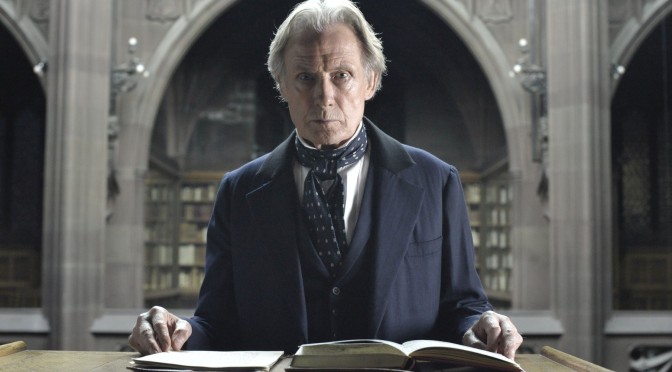 John Kildare is a Scotland Yard detective in late Victorian Britain. Dapper and widely respected, his career potential has been held back by the social suspicion of his ‘not being the marrying kind’.

His district, in a murky London, has been long haunted by a string of murders from an unknown threat of evil – a serial killer in the mould of Jack the Ripper.

The long-unknown identity of said murderer has led to a widespread belief amongst the populous that it can only be a creature of legend: a Golem, that is to blame. For, in the words of Sherlock Holmes, ‘when you have eliminated the impossible, whatever remains, however improbable, must be the truth’.

Kildare is having none of it. When a music hall starlet is blamed for the murder of her husband, Kildare sets out to crack the truth and save this wrongfully-accused woman from the dreaded gallows.

Kildare was originally due to be played, as announced in April 2015, by Alan Rickman. Sadly, the Harry Potter star was forced to pull out from the project due to the ill health that would prove terminal. We can only imagine what might have been.

Instead, Bill Nighy takes to the heart of the film, as something of the elder statesman, among younger co-stars Olivia Cooke (Me, Earl and the Dying Girl, Ouija), as Elizabeth, and Douglas Booth (Great Expectations, Romeo and Juliet) as Dan Leno – one of three true-to-life characters within the film.

Leno (real name: George Wild Galvin) was well known in the era for his dominance in the music halls as comedian, actor and annual pantomime dame.

The Limehouse Golem has the not-so familiar figure of Juan Carlos Medina as its director, working with a screenplay from the more well known pen of Jane Goldman.

A prolific talent, Goldman’s back catalogue includes the Kick-Ass and Kingsman films, both written with regular collaborator Matthew Vaughn, as well as X-Men: First Class.

More pertinent to this film, Goldman – who is married to British presenter Jonathan Ross – was also the screenwriter behind 2012’s film adaption of Susan Hill’s (similarly Victorian-Gothic) ‘The Women in Black’, starring Daniel Radcliffe.

Shot largely in Yorkshire, the film shares one of its locations: Dalton Mill in Keighley, with the 2004 BBC TV series North and South. 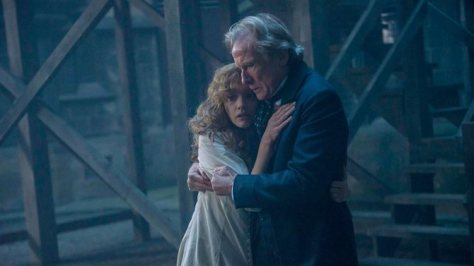 Having premiered to mixed reviews, almost a year ago, at the Toronto International Film Festival, The Limehouse Golem will finally be going public on September 1 in the UK and Ireland. Limited releases are to follow on September 8 for the US and Spain.

Most other audiences may be able to catch the film on streaming services, with some distribution occurring around the same time.